The film, which will be shown during the festival on November 5-22, 2020, is also part of an 8-film juried Interfaith Award competition. 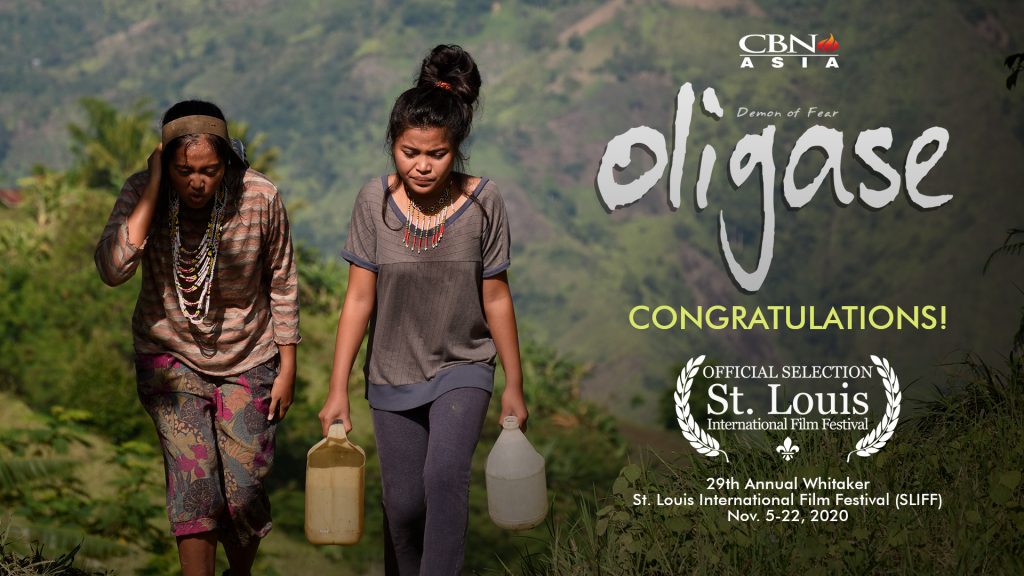 Oligase’s story revolves around Laha, a Matigsalug girl who rebels against her tribe’s strict beliefs about the Oligase, a monster who attacks and eats school children. Driven by her stubborn desire to gain knowledge, Laha runs away and slowly uncovers that there are greater and darker monsters in her journey away from home.

Tan hopes that through Oligase, which was filmed in the remote villages of Marilog District in Davao City, the Filipinos’ compassion for Indigenous Peoples will foster.

“The viewers will be transported to the world of our Indigenous Peoples. Their thoughts, beliefs, and life are so different from ours. I hope as we know them and understand them, our compassion, burden, and love for them will grow,” he shared.

Gonzalez shares the same vision, who adds, “I am grateful that our film was selected by SLIFF; doubly excited that more people will get to see it. I hope that, like me, with this whole experience, they will have a deeper understanding and appreciation of our brothers and sisters, the Matigsalug.”

SLIFF is produced by Cinema St. Louis, a not-for-profit organization in the United States. This year’s premier event will be presented virtually to ensure everyone’s safety amid pandemic. The Festival will be geoblocked to Missouri and Illinois for most of the feature films, and if you are in these locations, you may purchase tickets for the special screening of Oligase through Cinema St. Louis’ website.

Do you want to know more about the film? Check out Oligase’s website and Facebook Page for a sneak peek of its teasers, behind-the-scene photos, and updates.

3 Tips to Support Kids’ Mental Health in the New Normal

Teaching,Media
You know better than anyone how your child’s life has been impacted by the COVID-19 pandemic. Although many kids are ...
Read More

How Can I Be Joyful If I Have Lost Everything?

Boundless Joy,Testimonies
Have you been a victim of scams? Maria Theresa Malit experienced all these aggravating and painful things when she chose ...
Read More

Are You Frustrated by Your Small Income?

Boundless Joy,Testimonies
Are you having a hard time budgeting your small profit to pay your bills? Solita Legaspi knows what it’s like ...
Read More